Be Safe (its easy)

Recently someone posted on a well known Facebook thread, asking what type of protection they need in Puerto Vallarta. The responses, as usual, got out of hand and the thread had to be closed, due to nastiness on the part of some commentors. This is too bad because it’s an issue that should be addressed with finesse and logic.

As we have said before in these guest columns, guns are not legal in Mexico. There is only one gun store in all of Mexico in the capitol, Mexico City. To purchase ammunition, one must go to a separate location. Can one still buy a gun in other places in Mexico? Sure, on the Black Market… it’s so verboten just thinking about it could get you deported. Shootings in Puerto Vallarta are rare. You are much more likely to die from being run over by a bus or taxi for not paying attention when you cross the street.

Pepper spray was brought up in the conversation and there’s a debate as to whether it’s legal. It depends on who you talk to apparently, but the laws regarding its possession and use are shady and not concise. We recommend carrying a bottle of strong perfume. It’ll likely have the same affect.

A local Mexican commented on the Facebook thread that it’s much safer in Puerto Vallarta, not only due to gun laws, but also because most people come here to have fun, not get into trouble. He also mentioned that Mexico doesn’t target particular racial groups, making them a target of violence. Everyone is welcome in Puerto Vallarta and all of Mexico.

What should you do to protect yourself in Puerto Vallarta? Use common sense. Don’t flash wads of cash around and avoid carrying large amounts of money. Doesn’t this apply to anywhere you travel? Regarding comments about wearing expensive jewelry; it’s far better to have it on your person than leave it lying around. If you bring it, wear it.

It’s really okay to stay out late and party, go dancing in the clubs, and get late-night tacos on the street. Once you’re ready to go home, walk on the main streets and know where you’re going. Use taxis; there are plenty around, even in the middle of the night. Uber is in Puerto Vallarta now and rides are extremely reasonable. Get the app on your phone before you come. If possible, move around town with friends.

In the daytime, you are safer in Puerto Vallarta than just about anyplace we have ever been; but watch out for the aforementioned buses. If you’re alone, don’t drink so much it impairs your judgment. Keep a copy of your ID on you at all times and write down the address where you’re staying. Make yourself familiar with your surroundings so you don’t get lost. Be friendly. Speak a little Spanish. 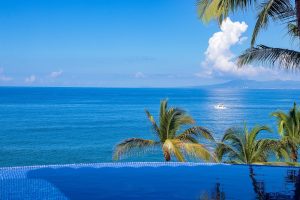