Vanessa is a third-generation Texan who grew up less than 3 hours from the US-Mexico border. Born in San Antonio, a city founded by the Spanish and once ruled by Mexico, Vanessa earned a degree from the University of Texas at Austin, majoring in International Business and Latin American Studies, is fluent in Spanish, and has worked and traveled all over Mexico and South America.

This is the type of experience and insight you can count on to assist you with a vacation in Mexico….

Newcomers to Puerto Vallarta are often surprised by how freely the label gringo is tossed around. They liken it to other labels that are seen to be derogatory and in some cases, racist. The word gringo long ago lost its power to insult, and is now how many foreigners have come to describe themselves. Perhaps it’s like the tag queer, which at one time was hurled to offend. Gay people simply owned the word, along with any other branding that existed to identify them and set them apart.

There’s a border crossing in Lukeville, Arizona, known as Gringo Pass, with a motel and other businesses so denoted, and it has never offended in all the years of its existence. People who drive to Mexico are aware of the friendliness and acceptance they receive from Mexicans and nothing tells it like a gateway named especially for them.

There’s more than one story about how the name gringo came about and what it means. Legend has been passed down over time of US soldiers marching through the dry Sonora Desert, trying to convince themselves they weren’t being sapped of every drop of moisture in their bodies. They were said to have trundled along, singing “green grow the rushes, oh!” from the old English ballad. Hearing this, Mexicans shortened the green grow to gringo. That said, the truth of the matter is probably completely different and more likely comes from an old Spanish word gringo, which translates to gibberish and indicates someone who cannot speak the language well, nor be understood.

In the early 1970’s a book, I Like You, Gringo – But! was a best seller on both sides of the border. The author, Mario (Mike) De La Fuente, the son of a Mexican politician, was raised in the US. He was well known for a number of things before he wrote a book defusing not only the word gringo, but the implication. De La Fuente was a college football star in Texas, as well as being recognized as a talented baseball player in Mexico. His life was spent on both sides of the international border. He was a successful businessman in Nogales, Arizona, a sportscaster, and an early promoter of the medicinal attributes of marijuana. His motto, which he expounds upon in his book (a fun read, btw), was “Work like a gringo, play like a Mexican.”

Puerto Vallarta: The egg is a marvel

Eggs! Eggs are sold in grocery stores, stacked in aisles and not refrigerated, which causes alarm for some newcomers. They 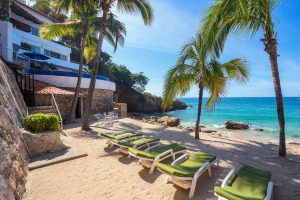 Vallarta is More Than Friendly!

Have you noticed how friendly everyone is here in Puerto Vallarta? We walk down the street and all the Mexicans

Three Things to do next year in July in Puerto Vallarta It’s hot but more than that, it’s humid. Can

“Happy with Solutions” We were really happy with you and your solutions for our last holiday vacation. So much so, are ready to plan this year.
Marilyn Apr 2017
“Let’s Plan the Next Trip” You did such a great job with our Mexico trip for Leslie's wedding (thank you!) that I would like you to help me plan a family reunion for my 60th birthday.
LisaMar 2017
“Loved the Place” Thank you for coordinating our stay at Casa Tabachin. The villa was amazing! We had a wonderful time and really loved both the place and the service. It went perfectly. Thanks so much for your help!
Beata May 2016
Previous
Next
More About Vanessa
Planning An Event?
Start Here
Need Concierge Services?
Start Here
Tours & Excursions?
Start Here
Previous
Next
person